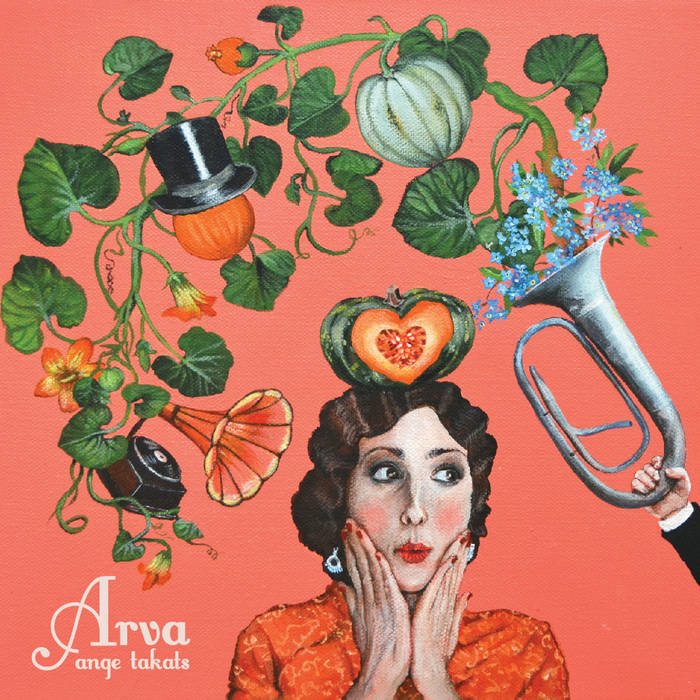 What happens when you blend 60s folk with 30s jazz, add a former foreign correspondent turned folk singer with a gift for storytelling, and the genius of Melbourne record producer J. Walker? The answer is songwriter and author Ange Takats’ sophomore album Arva.

“Strangely enough it was Joni Mitchell who led me to 1930s jazz. I read an article in which Joni spoke about being greatly influenced by the work of Billie Holiday. I bought a Holiday album and fell in love – not only with her achingly honest voice but also with the charm of the era. I went on to discover the Boswell Sisters and began playing around with backing vocal ideas for some of my songs,” Ange said.

To help her weave a nostalgic thread through her second album, Ange travelled to Victoria to team up with award-winning composer and producer J. Walker (Machine Translations) who recorded and produced Paul Kelly’s latest album Spring And Fall.

“He’d just finished composing the music for the ABC TV series Miss Fisher’s Murder Mysteries which is set in the 1920s, so he was in the perfect ‘old world’ headspace to work on my songs. We recorded most of the vocals in an old hall in Gippsland. A few weeks later he was in the same hall, recording Paul’s album,” Ange said.

Walker recorded, produced, mixed and laid down most of the instrumental tracks on the album – playing double bass, piano accordion, violin, cello, piano, vibraphone, dulcimer, banjo and percussion. He also gently nudged Ange outside of her comfort zone with some challenging backing vocal arrangements on tracks like Infatuation, Fine & Dandy, Old Fashioned Man and the opening track – Hotel Napkin.

“We did most of the harmonies on the run in the studio. He was playing these crazy jazz notes on the piano and asking me to mimic them with my voice, which was no easy feat,” Ange said.

In between the old world tunes are a mix of folk and alt-country songs such as Little Word Called Love, Minnesota and the title track, Arva.

“The song is named after a town in Ontario. I moved to North America eight years ago after falling in love with a Romanian Canadian medical student. The relationship didn’t go exactly as planned. The song is about finding happiness in unlikely places and was inspired by a very long walk down a highway,” she said.

Ange has had an unusual journey into the world of music – beginning her career ten years ago in Bangkok where she worked as a foreign correspondent during the day and folk singer at night. In 2011 she released a travel memoir – The Buffalo Funeral – detailing her adventures in Asia. The former journalist’s lyrics reflect a life that has been truly embraced - and contain an honesty that can be confronting. There’s no better representation of this than the track, Last on his List, where J. Walker’s darkly haunting string arrangements prove the perfect match to the raw power and sincerity of Ange’s lead vocals.

One of the purest voices on the Australian music scene – Ange Takats is able to coat with sugar, crush with sadness and cut through to the soul of a song.

Bandcamp Daily  your guide to the world of Bandcamp